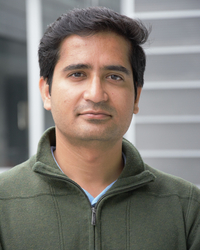 DSSC is a very well-known topic since last few decades by which the new world sees hope of having electricity without fossil fuels and nuclear plants. Many nations already have adopted this extremely useful device to produce electricity and are investing a huge amount of money seeing its potential towards solving energy crisis which does not produce greenhouse gases and causes global warming. Although its highly useful and researchers are using inexpensive organic dyes, even natural dyes to make it more reachable to everybody. One of the major issues for DSSC devices is its efficiency (max 14.3%). Researchers are continuously trying to make a better device. There are lot of theories and experimental evidences to explain the internal science behind how a DSSC device works and why the efficiency and the stability are still issues even today. There are reports which shows same photosensitizer provides different results if different electrolytes being used. Therefore, it could be interpreted that electrolyte is one of the factors which still need attention of researchers and it can be improved (in principle) in terms of various aspects for example photo and electrochemical stability, reversibility, etc. Since last decade researchers are working on developing new and more stable electrolytes which are promising. Our research lies in the region of developing stable electrolytes which can provide an improved life time and better efficiency for a specific DSSC device, and more expectedly we will work towards an ideal DSSC device with much better efficiency and stability.

export all publications in a txt file