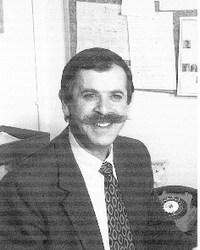 Michel Figlarz was granted the Doctorat es Sciences by the Sorbonne University of Paris in 1966.

He is well known for his research on transition metal hydroxides, new oxides in the WO3-MoO3 system related to soft chemistry and preparation of homo-disperse metal powders by the polyol process (Patent). Professor Figlarz has taken an active part in developing  soft chemistry at an international level. He was also very much involved in the development of active materials for Ni-Cd and lead acid batteries.

High-Energy Milling of WO3 Oxides: Amorphization and Reaction with Cs2CO3

export all publications in a txt file